Heyes Grove Table Tennis Club has around 35 members most of whom play in the Trafford Table
Tennis Winter League https://trafford.ttleagues.com/ . The league runs from September to April.
Match nights are Monday to Thursday and the league comprises three divisions, The Premier
Division, First Division and Second Division. 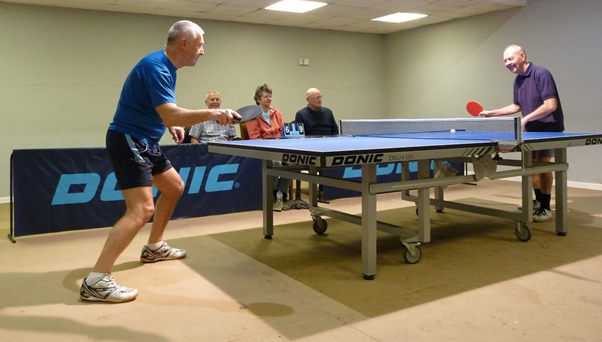 John Eardley is the secretary for Heyes Grove (email and phone number below) and each year we
enter 8 teams in to the Trafford League. Where possible we try and enter teams in each of the
divisions.
For matches, there are 3 players in each team.
During the Trafford Winter League, about 150 league fixtures are played home and away by Heyes
Grove teams. In addition there are two competitions, the Handicap Cup and the Knock Out Cup
organised by John Eardley. All Trafford teams participate.
For those wanting practice we have some organised practice sessions on various days and times for
social and league players alike. Please contact either John Eardley or Steve Buffey for details.

In May to August, a friendly (but competitive) Summer League is run by a keen player from another
club. It comprises a number of divisions and teams from other leagues. Heyes Grove enters a
number of teams in the Summer league and some 72 home and away matches are played by our
club.
Throughout the year the club as a whole (i.e. tennis and table tennis) run a number of social events
for friends and family to come along to. 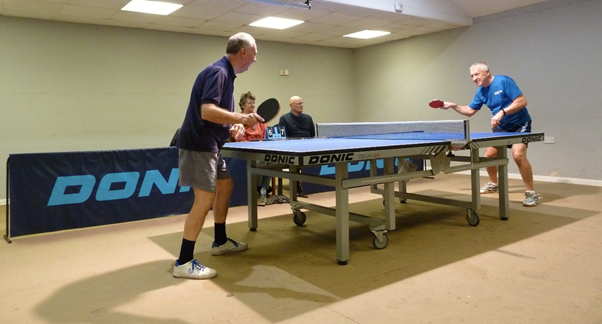 We are a thriving & friendly adult Table Tennis club, and although we are virtually at full capacity,
we would, where possible, welcome new members.
Should you require any further details, please contact either John or Steve, details below.